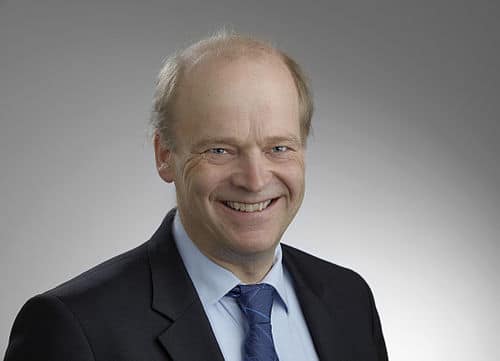 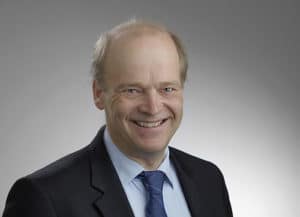 This is the full text of Chairman Henrik Stiesdal’s annual report in May 2017.

This is the first Chairman’s Report from GROW|FOR|IT. Therefore a historic retrospect is appropriate to remember why we are here and how we got here. That way we have a precise point of origin for the continuing work.
The most important single reason for starting GROW|FOR|IT was the failure of COP15 in Copenhagen in 2009, where China and USA did not wish to commit themselves in the climate field. When the politicians do not know how to act, then we, the citizens, must.

That is what we are trying to do in GROW|FOR|IT. The deliberations on CO₂ capture which led to GROW|FOR|IT started already in 2007 and 2008, when Jan Thisted and I discussed the potential ways of capturing CO₂ from the atmosphere. It was obvious that it was not enough just to reduce the emissions; we also had to remove some of the CO₂ for sure already in the atmosphere.

We named our plan FACT – “Fast Atmospheric CleanupTechnology”. If you grew alga (75 tons of dry material per hectare) and later on fixed the carbon via pyrolysis, you could extract 10 billion tons of CO₂ from the atmosphere per year. We judged the price of a system to solve this task to 12,000 billion DKK corresponding to an amount of about 6000 DKK for each of the 2 billion richest people out of the 7 billion we are at the moment.

Jens heard about the plan. He had just planted 5 hectares of forest to balance his own family’s CO₂ emission, but he felt like doing more, so we continued the considerations together. A calculation based on Jens’ trees applied on countries outside Denmark (1000 plants per hectare and 25 DKK per plant) gave a result of 24,000 billion DKK, which is double the alga solution. On the other hand, the reforestation option was much more tangible and realistic than the alga idea, which for outsiders would always look like fantasy.

We established a hypothesis. Would it be possible to plant one hectare of trees capturing 10 tons of CO₂ for 1000 Euros or 7500 DKK? If yes, it would be a practical opportunity to offer climate conscious people to buy the balancing of the CO₂ they produce – a very simple option for people who wish to do something tangible to slow down the global warming.

The intention was to combine A) people with money but without land and B) people with land but without money. A + B = reforestation = CO₂ capture. A survey of prices for planting of trees in India, Cambodia, and Africa showed that 1000 Euros for planting trees on 1 hectare of land was in fact an option. Lars Hedemann is a man of action; he joined us and launched a simple approach: It is like eating an elephant – it is big, but you can do it, if you take one bite at a time.

So let’s cut that steak! First step could be to offer Siemens Wind Power’s employees the option to contribute to reforestation instead of receiving the “ordinary” Christmas gifts. The option was approved by SWP, and in 2013 and 2014 that resulted in almost 19,000 trees planted close to Århus, Tåstrup, and Odense.

Motivated by that support we (Lars, Jens, and I) met in Odense, where a first outline of GROW|FOR|IT was developed. (Link to first outline) Lars introduced the strategy that a fair distribution of the reforestation costs would imply that the burden should be split between three parties: 1) large companies, 2) rich philanthropists, and 3) global citizens. (The 300 Euro Challenge)

In order to test the companies’ wish to contribute to reforestation, Hedeselskabet made a donation in 2015 for a study – “The Company Forest”. The study showed that especially medium-sized companies were open to use reforestation as an active part of their policy for CSR, Corporate Social Responsibility. (Read more here).

Mogens Karlsen, who was a project manager for the first company forest, donated his remuneration to the planting of a forest close to Lysgård Sø near Vildbjerg in December 2015. The forest would not have been planted without that donation. (Read more here).

This brings us to spring last year, where it was obvious that we needed to formalize our cooperation, and May 2016 GROW|FOR|IT was established as a formal association. The executive committee being Lars, Jan, Jens, and myself was extended with Anne Wolsing, who is now in charge of proofreading and English translations, and with Kristian Strøbech, whose contribution is professional input to our media strategy.

In 2016 we hoped to receive a substantial donation for an actual reforestation and means to establish a website. We succeeded through three donations. Hedeselskabet donated money for trees and for the planting. The vegetable farm, Månsson, donated 5 hectares of land for the purpose, and I myself got the opportunity to donate means to establish the website. The GROW|FOR|IT website was established in April. It was created by Mogens assisted by Morten Telling from Moxtell Productions.

June 1 st Denmark’s first Company Forest was a reality: 5 hectares of forest which will capture 50 tons of CO 2 yearly, balancing the consumption of 15,000 liters of fuel for Månsson’s machines! (Link to press release).

GROW|FOR|IT was formally established June 3rd based on articles of association, executive committee, and other necessary legal elements. As a celebration of the event, the executive committee planted 175 oak trees and 25 whitethorn bushes in the Company Forest.

In September this year GROW|FOR|IT participated in an “Open Farming” event at Månsson’s together with Hedeselskabet, where we distributed flyers and informed about Hedeselskabet,
GROW|FOR|IT, the Company Forest, and about how trees contribute positively to the fight against the global warming. (Link to Flyer).

Also in September our association was mentioned in TV MidtVest. Chairman and Deputy Chariman informed about GROW|FOR|IT and about the Company Forest. (Listen here).

In November, our cooperation partner in reforestation abroad, TroFaCo, came back from Uganda describing how large areas need reforestation. (Uganda report). I

n December and in the beginning of 2017 we received sufficient 1000 Euro donations to be able to launch a test planting of our two planting models in Uganda.

March 2017 we received from SKAT a so-called “Directive intention of approval according to the Tax Assessment Act §8A”. This fact gives us reason to hope that we can offer tax deductions for donations of more than 15,000 DKK. However, this requires that we can achieve more than 300 members and more than 100 donations of miminum 200 DKK (30 USD/25 Euro) before October this year.

By April, GROW|FOR|IT’s members had made sufficient small donations to enable a member planting. The result was 9 plantings that are being finished these days. GROW|FOR|IT’s calendar year starts at Forest Day, May 7 th (this year). Thus we can look back at a satisfactory year, where we have met all the targets we made for ourselves.

At the moment we are 41 members consisting of 38 family/personal memberships and 3 company memberships.

So, what can we expect from the future? The citizen association GROW|FOR|IT is run by non paid volunteers in their spare time. Therefore our targets are guiding – private circumstances may obstruct our efforts to meet our goals.

As for next year’s work, the Executive Committee wish to do the following:

No, we are not lacking ambition! But of course we need to ensure coherence between ambition and skills, so we progress at the possible pace. Should any of you feel like joining forces with us in GROW|FOR|IT, we have more tasks which we would love to share with you.

Finally, I wish to end this report with a confession – in a way it is somewhat weird to stand here and in a way take all the credit for a great first year in GROW|FOR|IT. We all know very well who drives it all: First of all it is Jens who creates the results and does the
legwork. And Anne and Lars and Kristian and Jan give their support contributing with each their parts. Those people should have the credit for the results!

You can find out more about which cookies we are using or switch them off in settings.

This website uses cookies so that we can provide you with the best user experience possible. Cookie information is stored in your browser and performs functions such as recognising you when you return to our website and helping our team to understand which sections of the website you find most interesting and useful.